All debt is not bad. In fact, even in the pre-credit card era the need for financial assistance to pay for “big” expenditures such as education and a home existed without plunging people into the tedious financial holes so common today. Unfortunately, the “all or nothing” approach to debt and the staggering lack of knowledge about the types of personal debt out there – and why they may be good, bad, or dangerous –is a huge source of confusion for consumers

Debt is not all black and white. Some is bad, but some is good. Unfortunately, some is also dangerous.

There is such a thing as good debt. Not only is it categorically impossible for most people to afford large ticket items like homes, cars, and college educations out of pocket, borrowing money for these types of expenses actually helps credit over time. However, there are two main reasons why these types of debt are “good”:

While large down payments and savings are an important part of paying for homes, cars, and college, the nature of these types of debt makes even the initial spend less important than paying down (or keeping down) other forms of debt. In terms of a home, putting 20% down is ideal because it helps borrowers avoid an additional primary mortgage insurance (PMI) payment, which also impacts interest rates, but after that has little real impact on the monthly expense of a mortgage. In terms of education, the fixed interest rates and secured nature of government loans such as Stafford and Perkins loans helps to reign in interest payments in a way unique to this type of loan system.

Most of us are aware of the most common type of “bad” debt:  credit cards. When most people speak about their debt problems they are specifically referencing credit card debt which has been steadily growing since 2008, even as overall consumer debt has fallen. Credit card debt is especially dangerous, particularly over the long term, for a two key reasons:

Unlike the “all or nothing” requirement of paying your mortgage or rent, a small “required” payment on a credit card bill is an easy way to stretch spending power, and therefore incredibly appealing. Unfortunately, doing so sets up a dangerous cycle of perpetual debt that takes years to repay and ends up costing consumers thousands of dollars more than they initially spent.

What many consumers don’t know, or don’t want to admit, is that, as bad as it is, credit card debt is not the worst form of consumer debt out there. Predatory lending practices and “quick fix” solutions such as payday loans are actually the most dangerous forms of debt and an alarmingly large source of financial struggle for many cash-strapped individuals.

For those of you who don’t know, payday loans, also known as cash advance loans, are small loans, generally under $500, with incredibly high interest rates and short repayment periods. Offered out of storefronts as well as online, payday loans allow people to borrow money against their next paycheck so long as they pay the amount back, plus interest, in no more than 30 days.

Payday loans are common among low income individuals with bad credit. Although it is possible to responsibly take and repay a payday loan, many people quickly fall into default as paychecks fail to cover the cost of interest. Rolling over loan amounts, a common “solution,” only creates higher and higher principle balances with higher and higher interest rates without many of the protections offered even to credit card users.

The badge of being “Debt Free” is one that many wear with pride, and for good reason. However, when it comes to some of the larger items in life, this goal is one that consumers need to understand will only come through years of hard work and sacrifice. My parents, for example, have paid their mortgage off and can proudly wear that badge, but it wasn’t true, technically speaking, for most of their lives. Instead, especially when we are young(ish), being “bad” debt free and “dangerous” debt free is a far simpler goal. This means not only keeping spending under control, but understanding the options available to you in terms of debt and steering clear of decisions and situations that make us fall into bad or even dangerous practices.

More Money Management Articles to Help You With your Finances 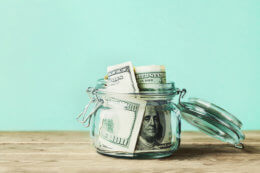 Want to Live Richer in 2022? We’ll Show You How To Get Started