Pumpkin is one of the best flavors to serve during the holiday season because it works so well with other popular holiday flavors. Which makes this delicious dessert a great option for any holiday gathering. The yummy combination of pumpkin and cheesecake is enhanced by pecans – another wonderful holiday favorite. And the best part about this dish is that it’s gluten free!

While this may not be the easiest recipe you’ll ever make – the extra work is worth it because it’s delicious! To make these gluten free pumpkin swirl cheesecake bars, we’re going to start with the pecan crust. Begin by pouring your pecans into your food processor and pulsing until the nuts are finely chopped. Then, add some melted butter, brown sugar, and cinnamon and blend until the mixture starts to stick together. The brown sugar and cinnamon in this crust help deepen the flavor of the pecans, making it taste a little bit like pecan pie at the bottom of your cheesecake. When you’re finished pulsing the pecan and butter mixture, remove the blades and scoop the mixture into a pan lined with parchment paper. Using another small piece of parchment paper, press the crust into the pan until you have a firm, solid crust. Try to get the crust as even as possible so it bakes evenly while it’s in the oven. After the crust is set, it’s time to make the cheesecake. Place your cream cheese and sugar in a large bowl and beat until fluffy. Then, add your corn starch, salt, and vanilla and beat until combined. Add the corn starch, salt, and vanilla and beat until combined Finish by adding your eggs to the cream cheese mixture, one at a time. Beat the mixture after each addition of an egg until just combined.

Remove about ¾ cup of the cream cheese mixture and add it to a small bowl. Mix in the pumpkin puree, cinnamon, and pumpkin pie spice until fully combined. When you’re satisfied with your design, place the cheesecake in the oven and bake for at least 45 minutes. The cheesecake will be done when the cake is set and doesn’t jiggle when you move the pan. Allow the cheesecake to cool on a wire rack completely before transferring it to the refrigerator to chill for two to three hours. After the cheesecake has been chilled, cut into bars and serve. 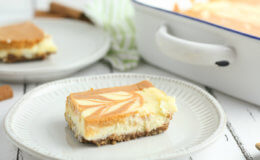 Pumpkin is one of the best flavors to serve during the holiday season because it works so well with other popular holiday flavors. Which makes this delicious dessert a great option for any holiday gathering. 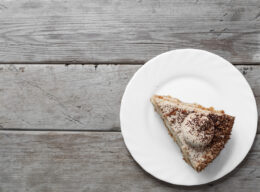 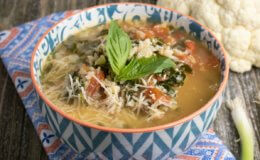 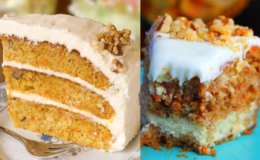 15 of the Most Delicious Carrot Cake Recipes on Pinterest